On the one hand, they have discovered that she was a “woman of far richer personality and of greater significance in the history of her time [operating within] a remarkable galaxy of men and women, who, between them, represented the different interests of the age and who sought her friendship and valued her opinion” (Jones ix).

On the other hand, she “has become the embodiment of conservative, reactionary antifeminism” which “assumes that the infiltration of religion into every activity should be tolerated willingly” (“More’s Public Voice” 1 and 125).

More’s biography—an unmarried, evangelical Christian, and self-made woman who came from nothing and left a handsome inheritance—indicates that she does not easily fit any ideological stereotype.

She is known especially for her Cheap Repository Tracts, published for the newly literate poor, “a literature of instruction rendered with polemic verve, mimetic realism, and the formulaic fantasy that results when popular forms like chapbook romance are kidnapped for Christianity” (Myers 267).

More’s abolition poetry, like the Cheap Repository Tracts, her plays, and her sole attempt at the novel, Coelebs in Search of a Wife, was widely circulated and influential.

The domesticity invoked in More’s abolition poems, the first of which is Slavery, A Poem (1788), to induce empathy is noted as “a hallmark of British women’s antislavery writing” (Richardson 8) while The Sorrows of Yamba, the abolition poem published under the banner of More’s Cheap Repository project, was “one of the most popular and frequently reprinted antislavery poems of its times” and considered a “‘prototype’ for later antislavery texts” (1). 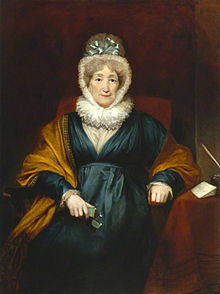 The contemporary abolition movement has conjured up various figures from history in order to retrace the steps toward the monumental goal to end slavery, in order to learn from the successes of the past, which has revitalized interest in More.

As this modern abolition movement sets its aim to see an end to contemporary slavery, which binds some 40.3 million people within its cruel grasp, More stands as a fascinating figure in the history of the movement for her contribution to the work of abolition through writing.  Furthermore, recent scholarship, especially among evangelicals, revisits More’s work with renewed interest and seeks to claim More as a transformative literary icon overlooked by scholars in an “outrageous ellipsis” (Metaxas 60).

Since the end of the twentieth century, fresh scholarship “made her works available for new generations of scholars” (Stott ix) that awakens old charges, and yet acknowledges that “women read More in huge numbers and that by and large they interpreted her message as one of empowerment rather than submission as… she gave them permission to dip their toes into public life” (x).

Aware that other scholars conclude that More’s legacy falls short of a politically liberal and feminist agenda, this blog series* is concerned less with labels and tropes for More and instead aims to explore her literary abolitionism, primarily through the ways in which she treats physical and spiritual bondage.

Through innovative publishing tactics and attentiveness to black and female bodies, More’s work advances the social conversation about enslavement and the slave trade in important ways that can enrich abolition writing strategies today.

This essay explores More’s concentration on bondage—the submission, both willing and forced, of bodies and souls—and the bonds such bondage enhances or breaks, especially at the intimate link of familial and domestic relations.

The following posts in the series will:

I hope you'll read along and learn with me as we do a deep dive into a fascinating historical figure.

* Hacking Abolition is a blog series that derives lessons from the original abolition movement that worked tirelessly to bring an end to the transatlantic slave trade. The series begins with a close look at the life and writing of Hannah More and is an adaptation of his work for his MA Thesis in English and Transitional Justice at Western University entitled, "Bonds and Bondage: Intimacies and Enslavement in Hannah More’s Abolition Writing." Metaxas, Eric. Seven Women: And the Secret of Their Greatness. Nelson Books, 2015.

Richardson, Alan. "The Sorrows of Yamba, by Eaglesfield Smith and Hannah More: Authorship, Ideology, and the Fractures of Antislavery Discourse." Romanticism on the Net, 2002, doi:10.7202/007209